Spoopy is a squishy and creamy companion piece. He, and millions like him, are usually found as pets and collectible items to Yoshis and some Yerrshers.

They are usually not far from other living things, as they live off attenshun. If a Spoopy doesn't receive enough attenshun in their diet, they will eventually burst and turn into a Confetti Spoopy, and a Janitor Spoopy will have to come and collect him. As attenshun is vital in their survival, some Spoopys will resort to tricking unsuspecting Yerrshers into giving them some by turning into everyday items. Thriving Spoopys will often share their extra attenshun with other Spoopys and some Sperpys.

As many Spoopys are food and dessert items, Yerrshers and Churses will attempt to eat them. However, Spoopys are crafty enough to escape from packaging and getting into their pantries and utensil drawers.

Studies have shown that Spoopy is mostly cream with a furry center. A Scientist Yoshi once tried to hose down a Spoopy with a fire hose only to discover Spoopy Lite, a Spoopy with all the attenshun requirements of a regular Spoopy but with only half the patience. 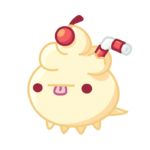 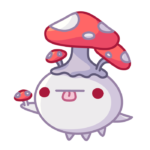 Search for a Spoopy or any other character from the Spoopy universe.